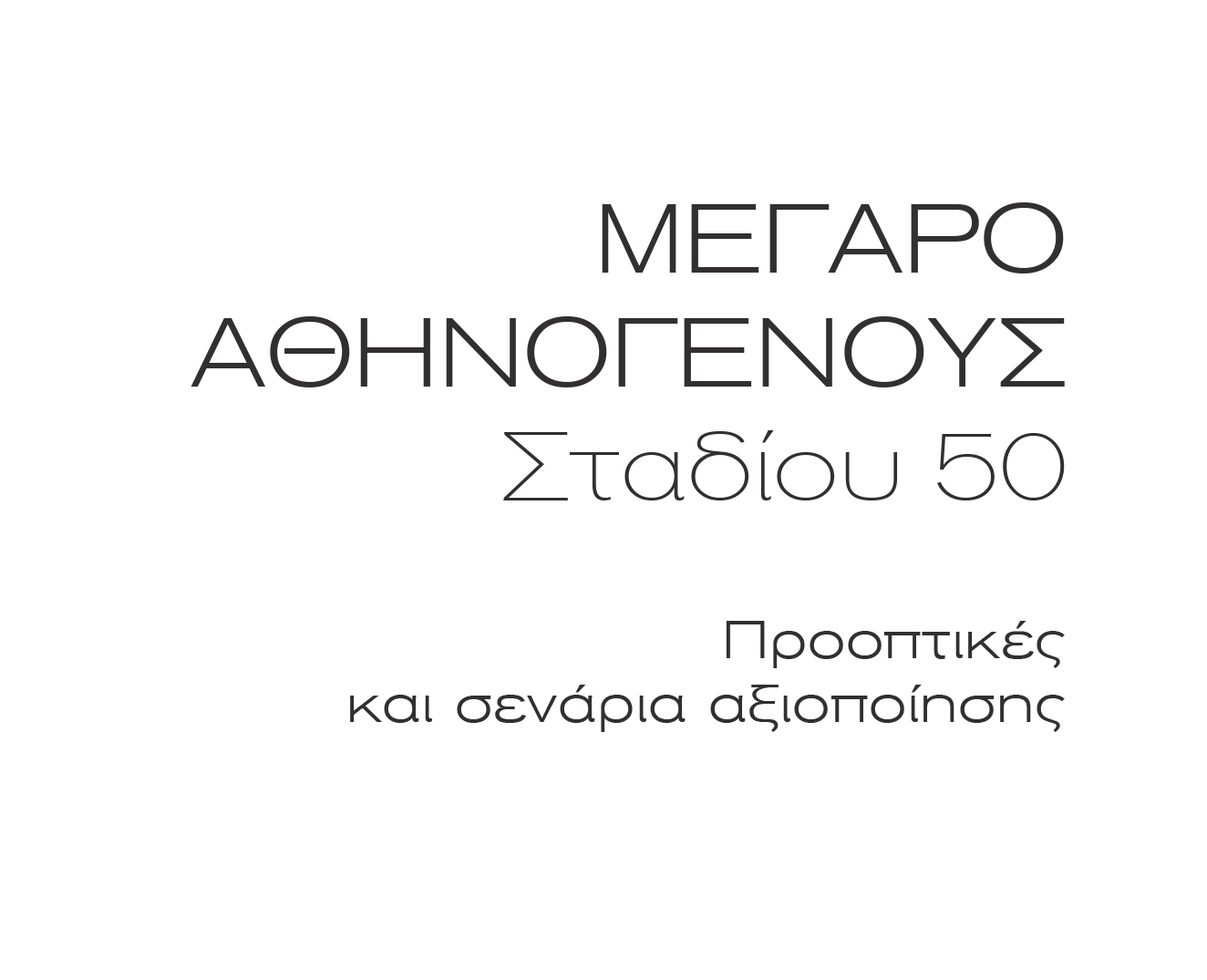 The current study has been delivered in collaboration with Athens Creative members Alexandros Avlonitis and Angeliki Anagnostopoulou.

It has been an effort to create a strategic masterplan for a private investor of possible scenarios for the use of Megaron Athinogenous in dowtown Athens and its remaining plot. This study was then further culminated into an architectural proposal, yet at this stage it is indicative of a process used to identify possible programmatic interventions for problematic areas in the urban fabric.

Thinking of possible scenarios with respect to development does not always necessarily mean catering for a maximum profit. Economic Sustainability should be tested in the long run and in that case identifying the best case scenario for us also means assuring the long term success of the project.

Megaron Athinogenous is one of the most important neoclassical buildings in Athens, yet it has been derelict for more than four decades after a fire burned it down almost to its foundations. The street in front of the building, Stadiou str. , has also suffered a degree of neglect during the years of the crisis. Giving life to the building in this case equals also to giving a new breath to the neighborhood.

In each scenario the existing building is rebuilt to its intitial form and on the back of the building a nine-story independent building is erected. The new edifice is set back in a way that it is hardly visible from the main street and thus the urban form is not altered from its current state. In any case however, we trust that a proper architectural solution can bring both the old and the new in a dynamic and very interesting relationship. The two buildings can function both independently and as one, given different scenarios.

In the attached PDF file we present you with the final outcome of the study, the basis for further elaboration that led to the architectural proposal ( presented in the Projects section ) 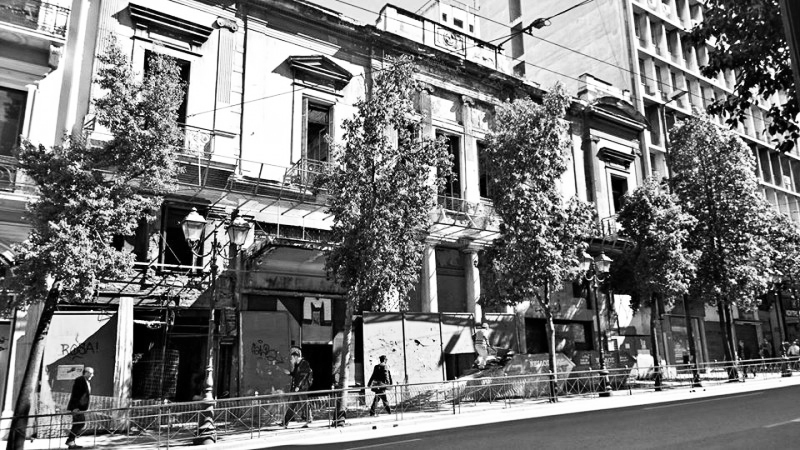 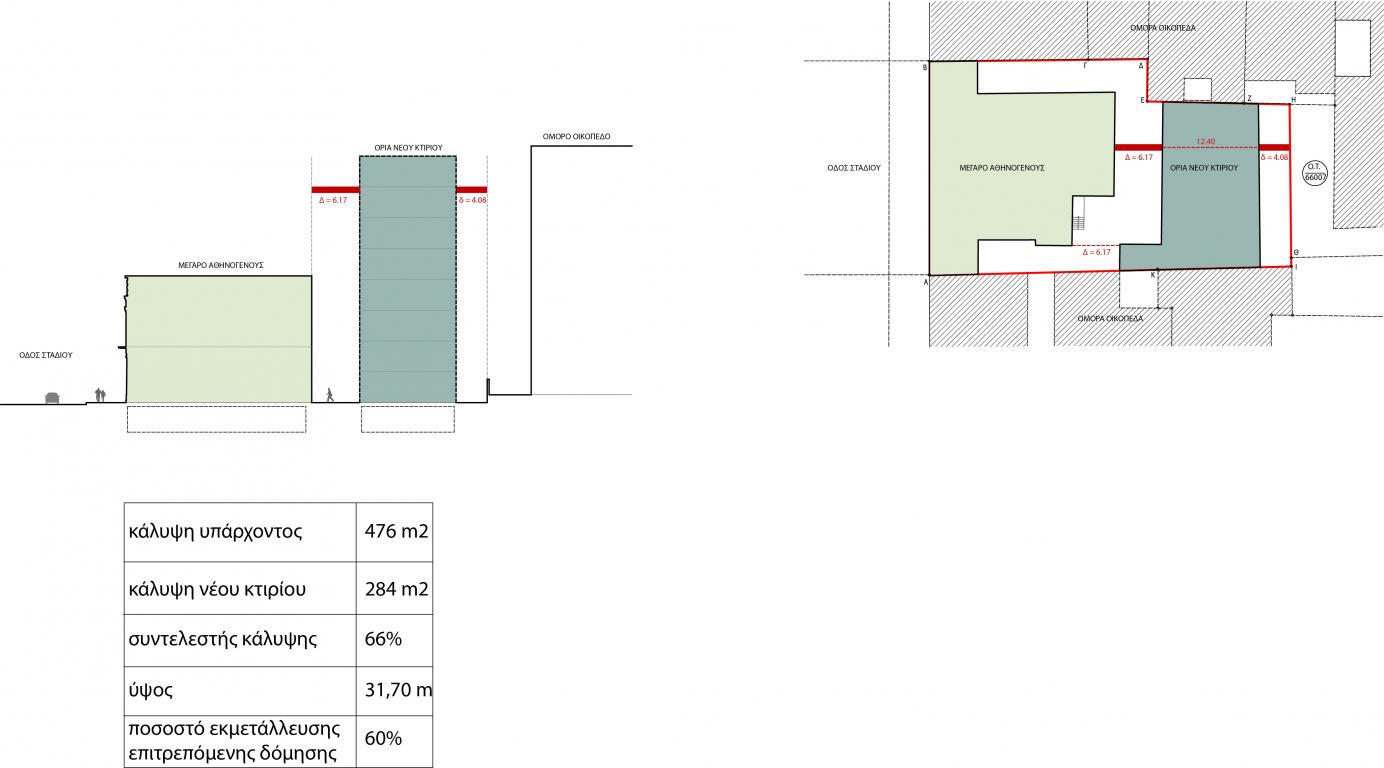 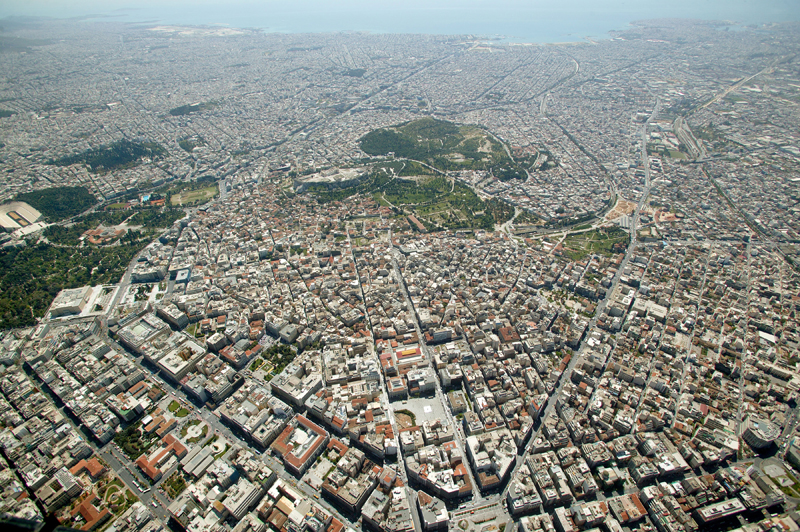