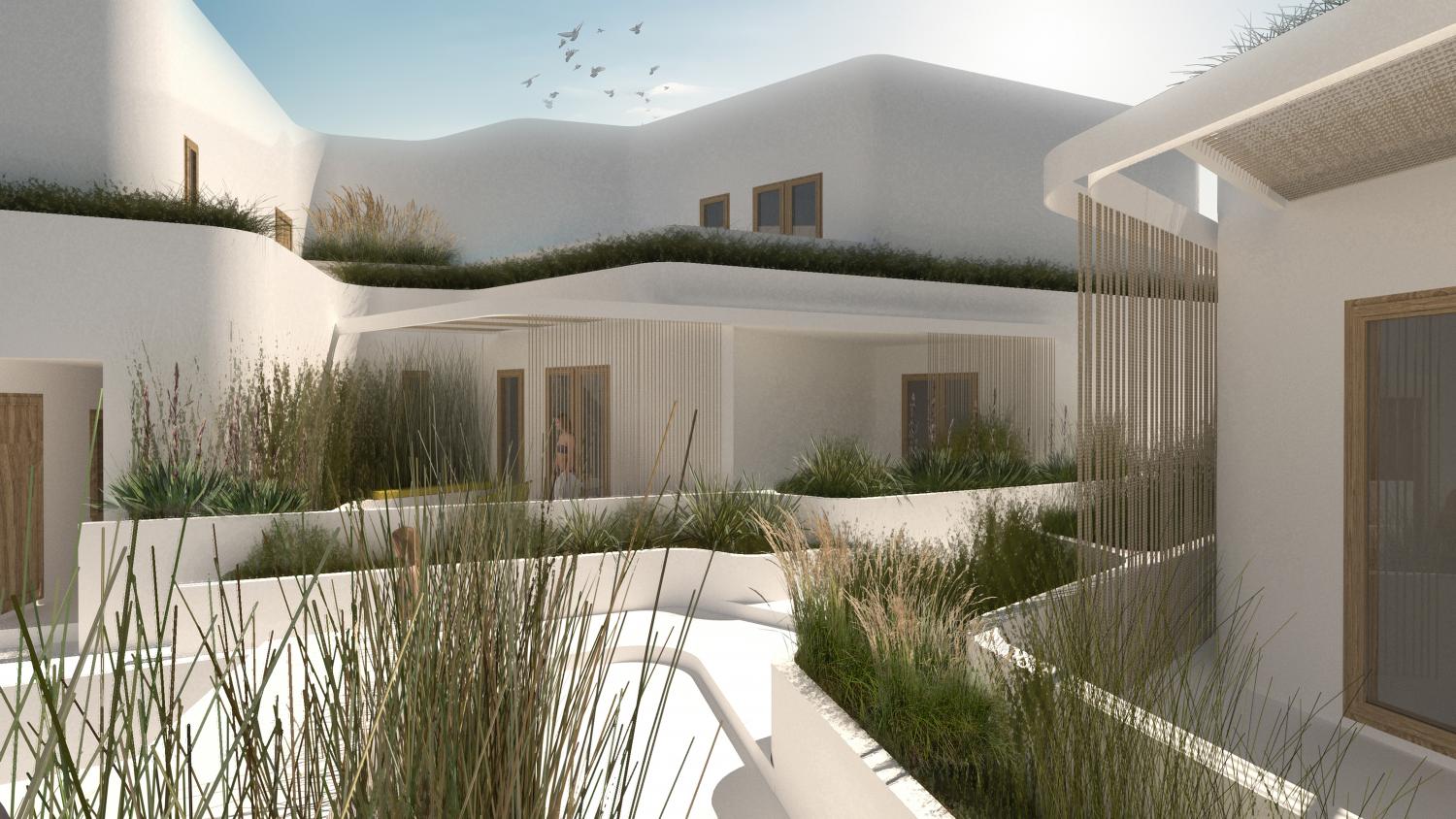 White Pebble Suites is a new luxury suites complex on the beachfront of Pollonia village at Milos.

The design concept behind the White Pebble Suites originates from the Cycladic topographical curves. The analysis of the natural environment, where sun and wind create the Aegean waves which in turn have formed the rocks to their current distinctive smooth shape, led the architects to further develop the unique aesthetics of curvy forms, into the design of the project. We envisaged the building’s shell like a rock that has been smoothened by water and wind.

The project is located at the seafront overlooking the island of Kimolos, so the relationship between each room with the sea, was another crucial parameter to our proposal. All 12 rooms needed to have their main opening to the sea, so a ‘V’ shape layout was developed at our narrow plot. At its inner central part, the main swimming pool of the hotel is placed, bringing into the premises the water element, as an extension of the sea. In that way, the building embraces the surrounding landscape, and the become one unity.

In order to be consistent with the surrounding build environment, all of them were covered in white plaster, a typical technique in local traditional architecture.

As the intense sunlight falls on the white continuous curvy walls, constantly alters the perception of the exterior volumes of the hotel, and an interplay of shadows and light takes place throughout the day.

The linear delimitation of spaces and uses has been extended into the interior space of the rooms. There, curvy walls along with built-in furniture organise the different uses of the rooms and provide an organic character to the design.

Although materiality and construction techniques are consistent to traditional building procedures, computational design has been applied to the architectural synthesis, providing the whole project with an elegant mixture of lasting and contemporary aesthetics. 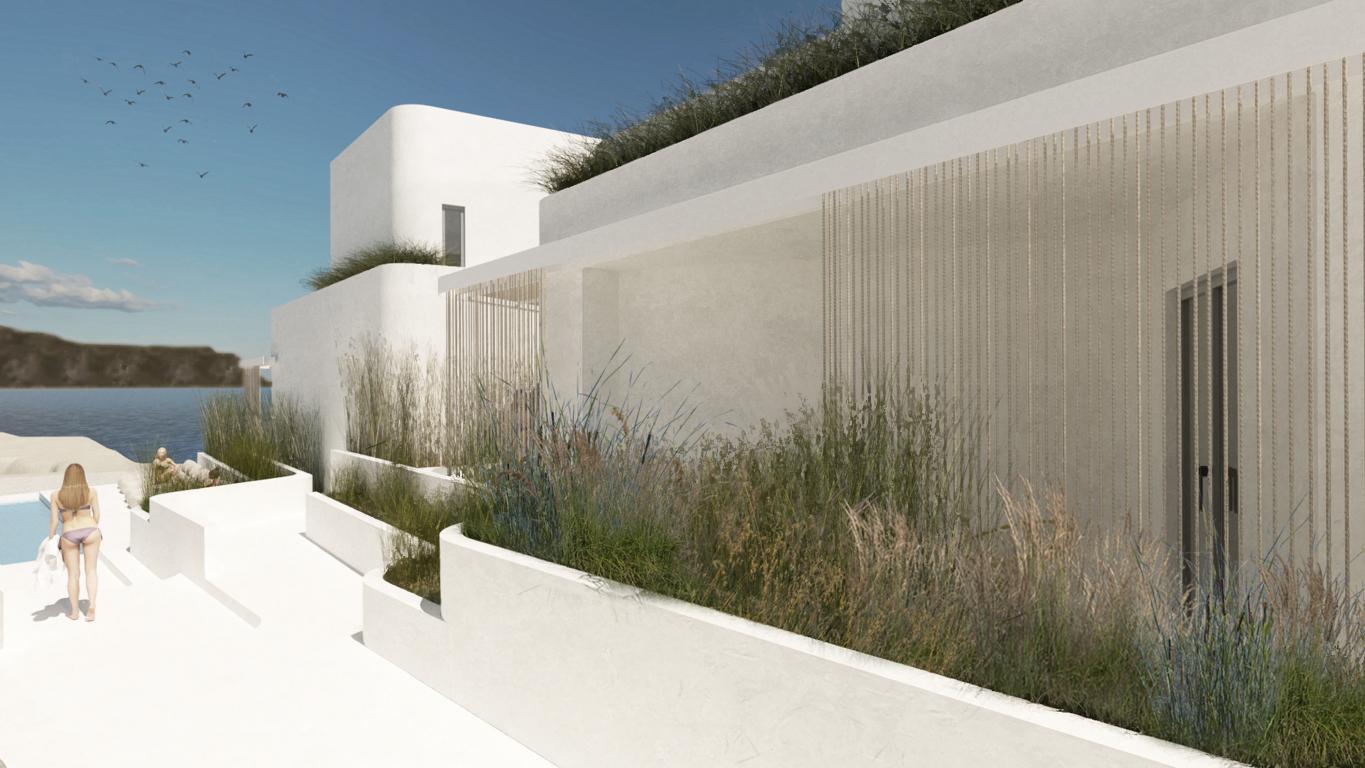 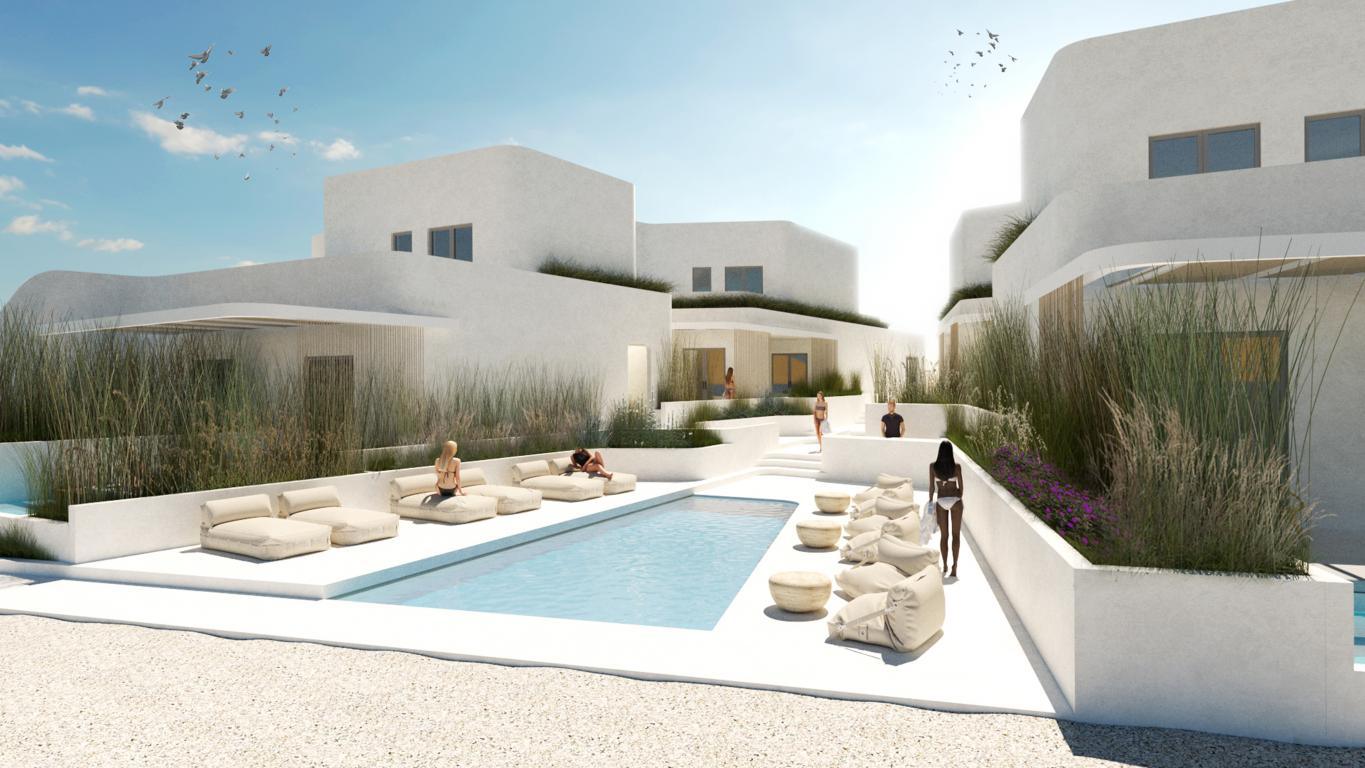 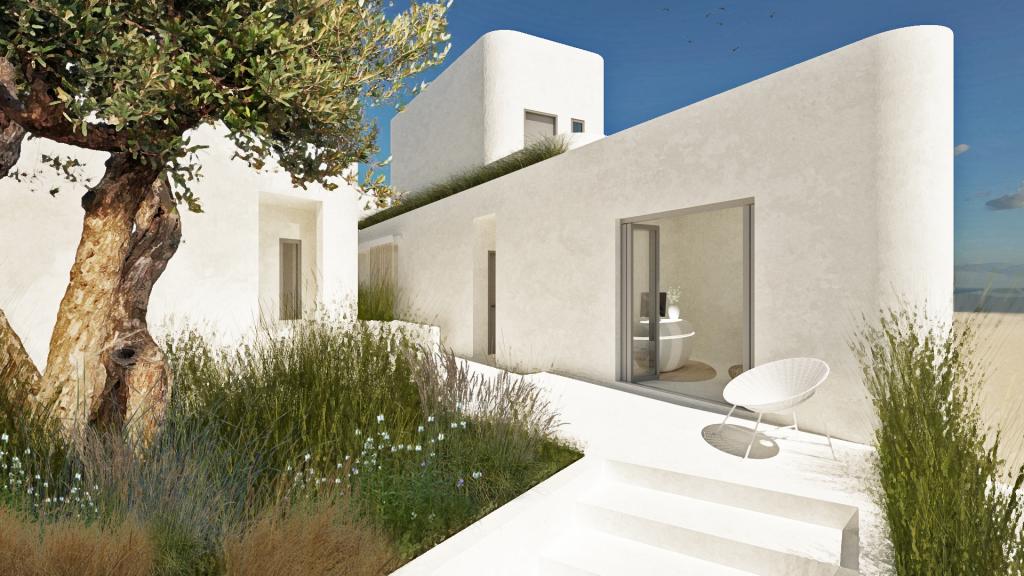 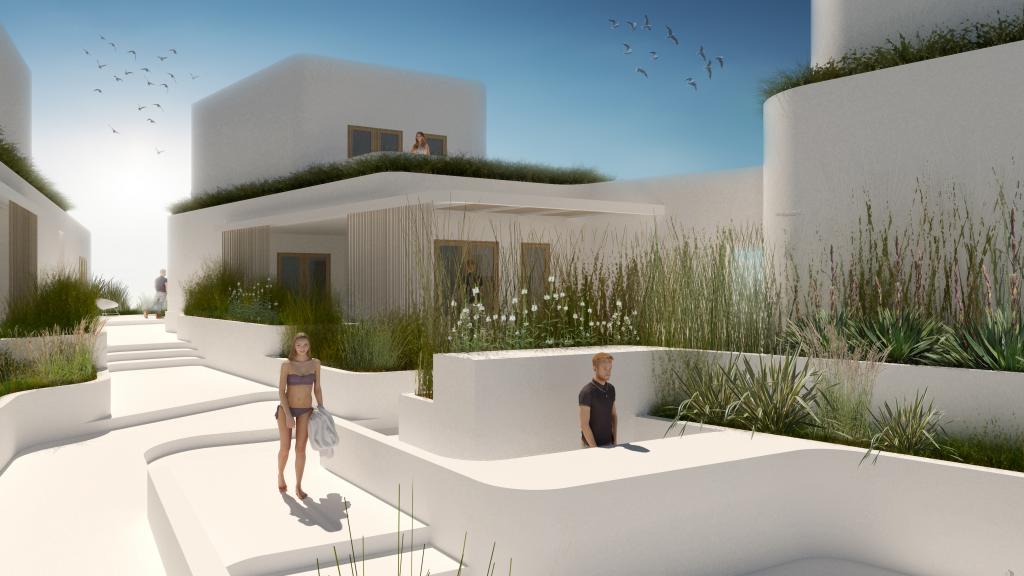 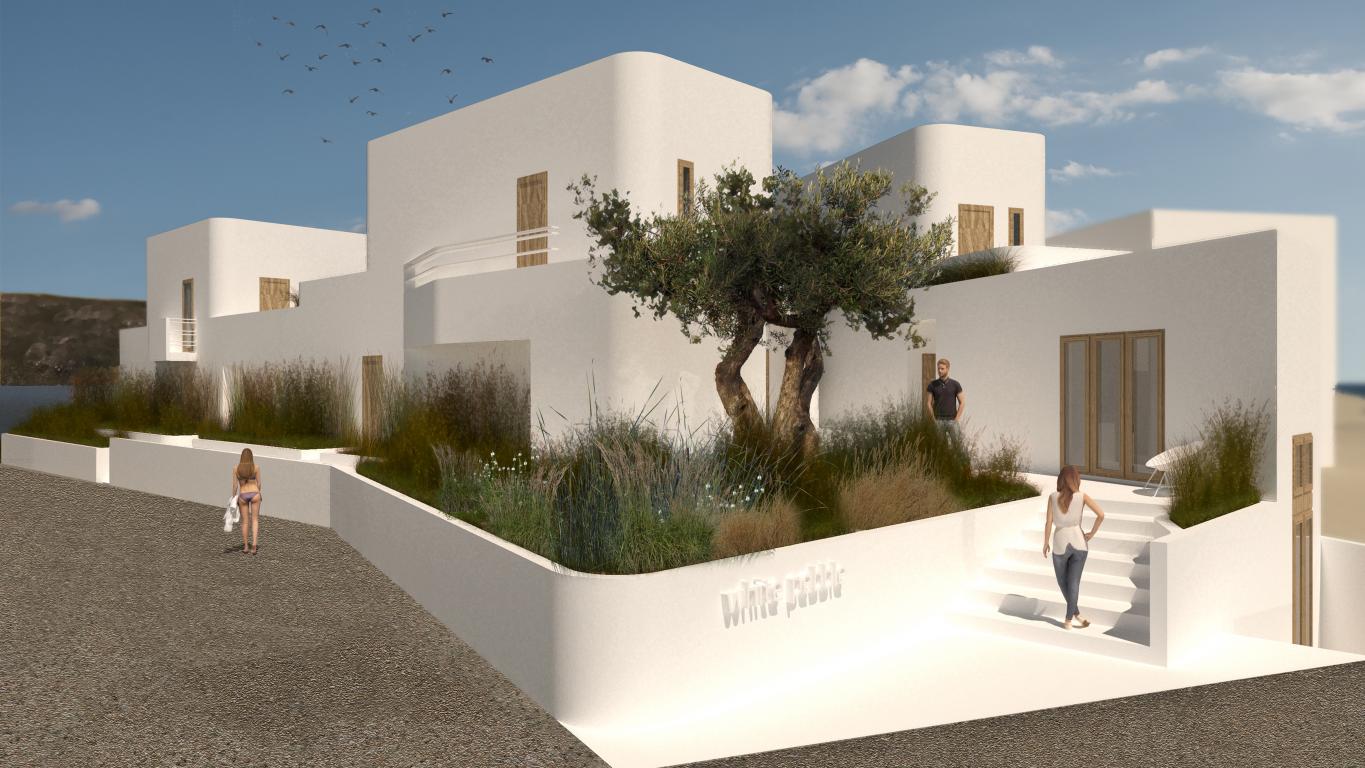