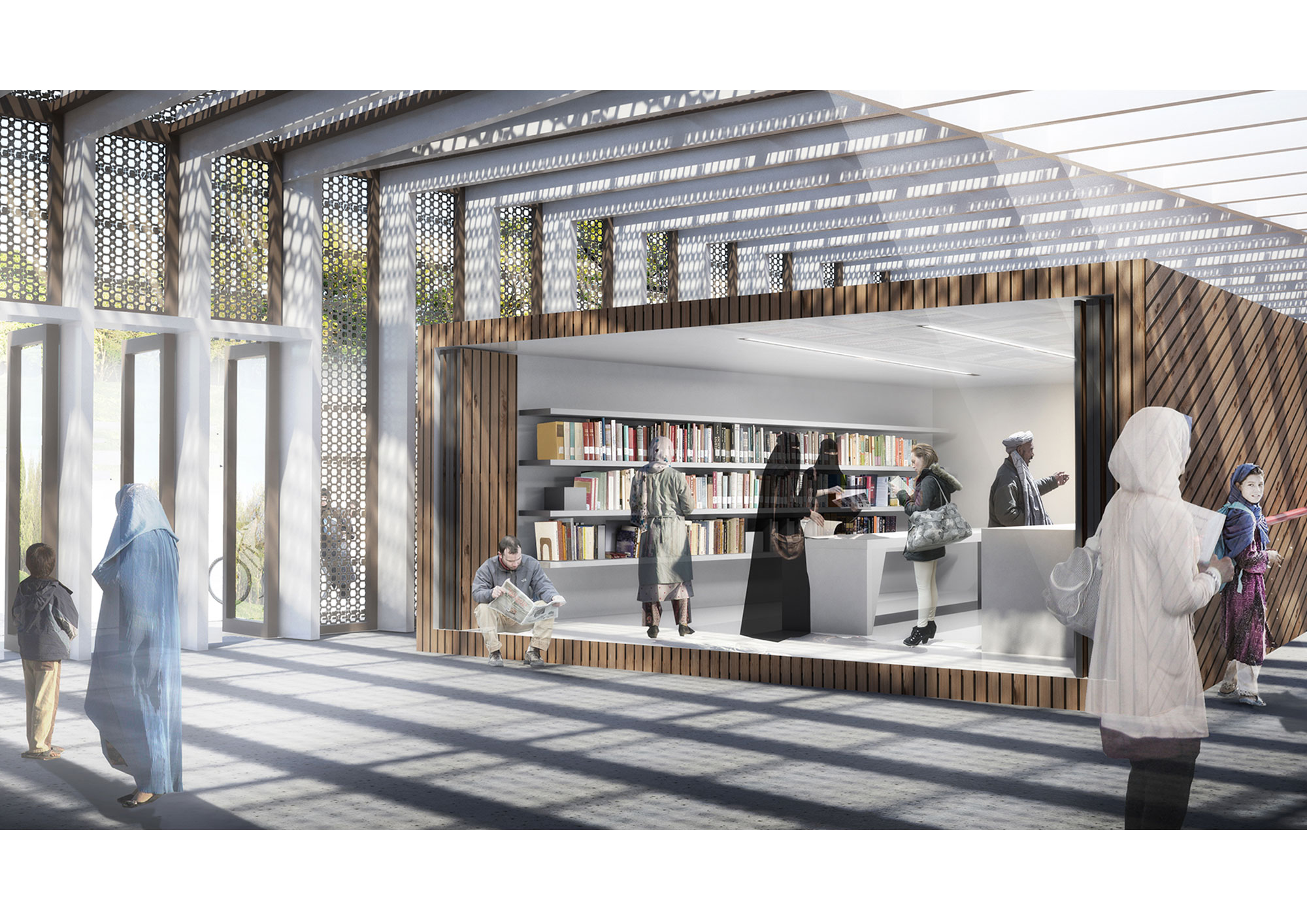 The significance of the Bamiyan Cultural Center surpasses its pure functional use. Designed to stand within the rich cultural context of the Bamiyan Valley, during a period of continuous political turmoil and social upheaval, it carries a strong symbolic weight.  A symbolic weight that has a twofold expression :

The first and more direct is to announce the building as an incubator of hope for the local community, a shelter for culture and tradition, a middle ground to negotiate peace and forge the path for political stability. The second is to highlight and reinforce the agenda of the 1972 UNESCO Convention on the Protection of the World Cultural and National Heritage. The Bamiyan Cultural Center will bring its visitor to the awareness of universal cultural values that transcend time, national borders, ethnic identities.

In the case of the Bamiyan Cultural Center, Architecture is called upon to speak for both the immediate present and the distant past and future, to integrate local values and cultural habits while putting forward a design that is up-to-date and reaches its global audience.The Bamiyan Cultural Center rests in-between the local and the universal, in-between the time of the present and a non-time, the time of a continuous presence, of the deep history of the Monuments.

In our proposal we wish to incorporate these dualisms through the blending of two distinctly different design approaches.  One that forms a clear dialectic with the transcendental context of the Valley , and one that ties the building back to the city, in terms of scale and spatial relationships.

Facing the Budha Cliffs the building assumes an austere expression - one that does not compete with the Monuments yet borrows from them its critical characteristics : a sense of verticality and a puncuation of the facade. On the opposite side the building breaks down in volumes that respond to the programmatic requirements and relate more directly to their immediate surrounding. 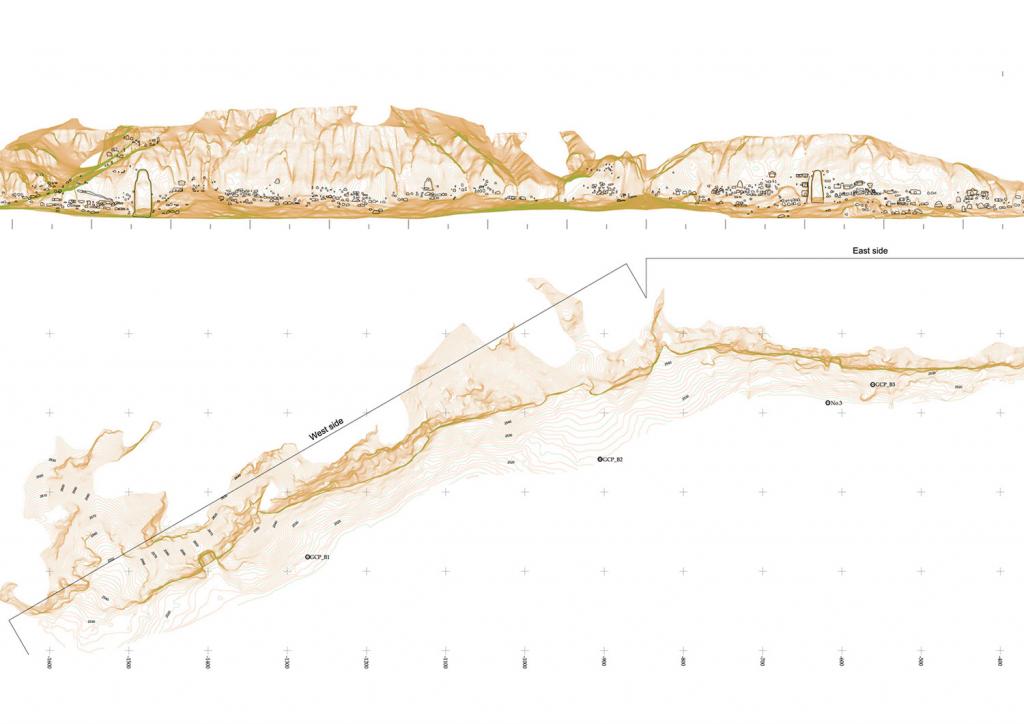 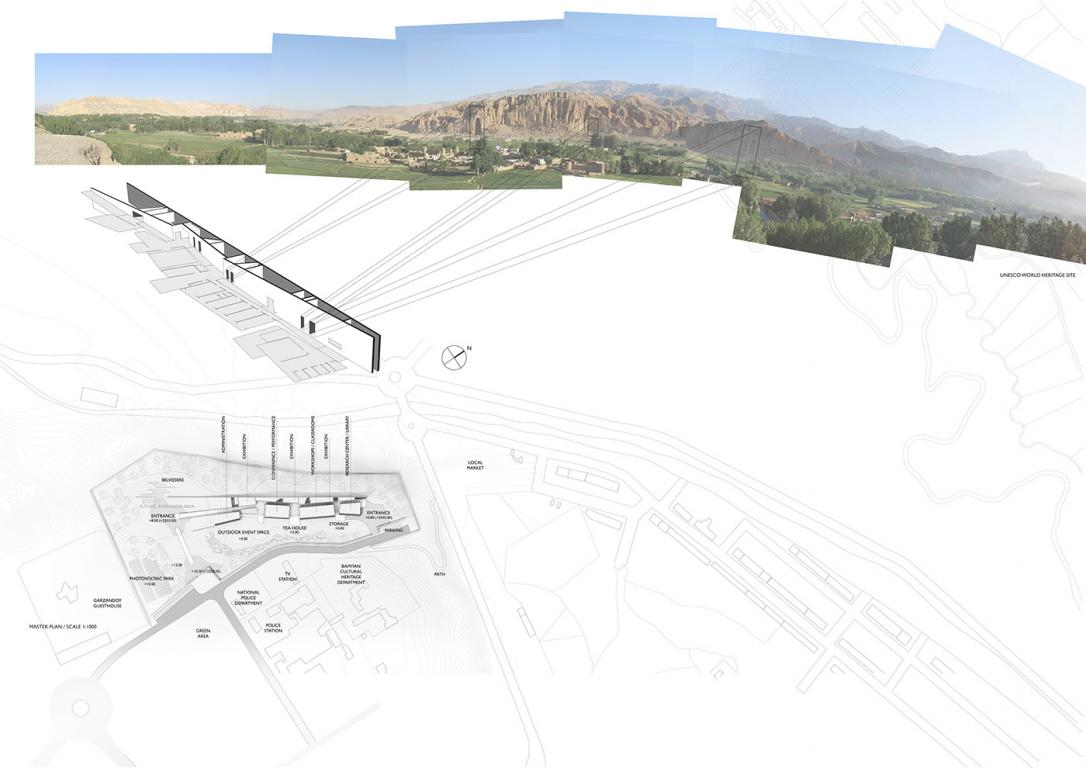 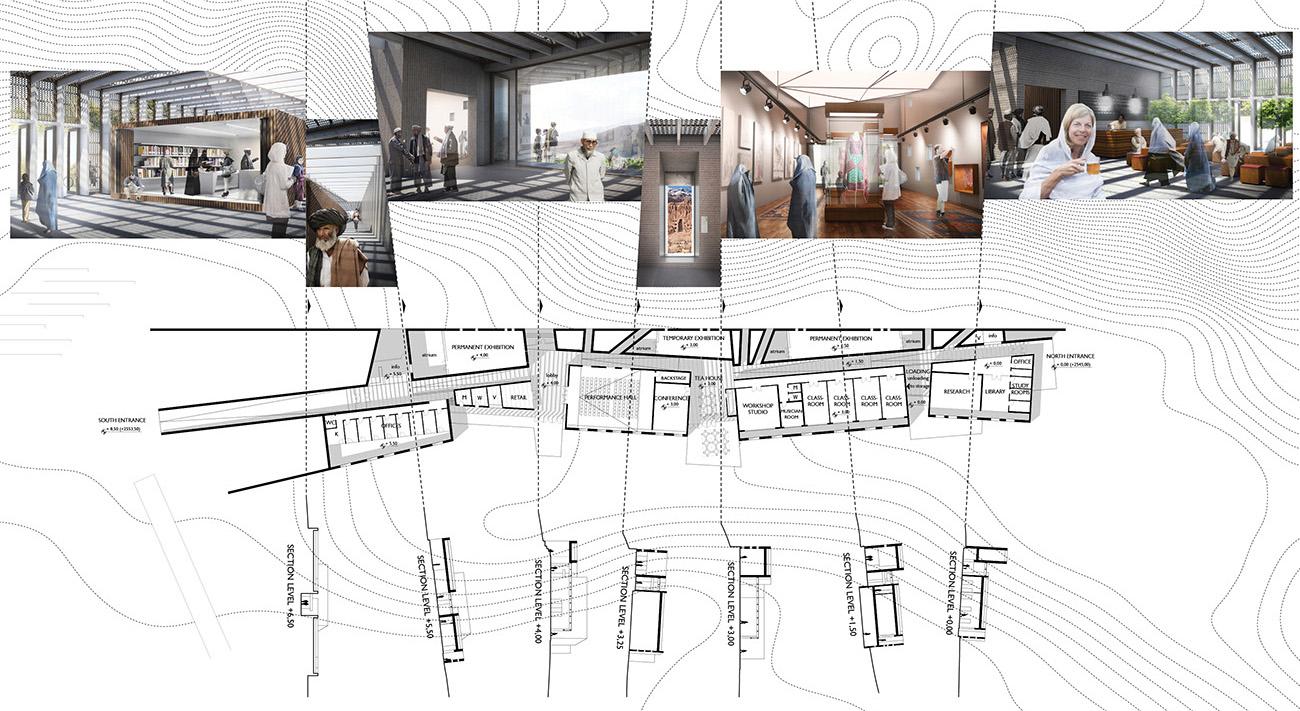 By means of ramps and intermediate plateaus, the building spine unfolds as a continuous descent from the upper to the lower elevation of the site, adopting in this manner its longitudinal form. It adapts to the site and at the same time forces the immediate landscape of the site to adapt and respond to its interior programmatic organization. 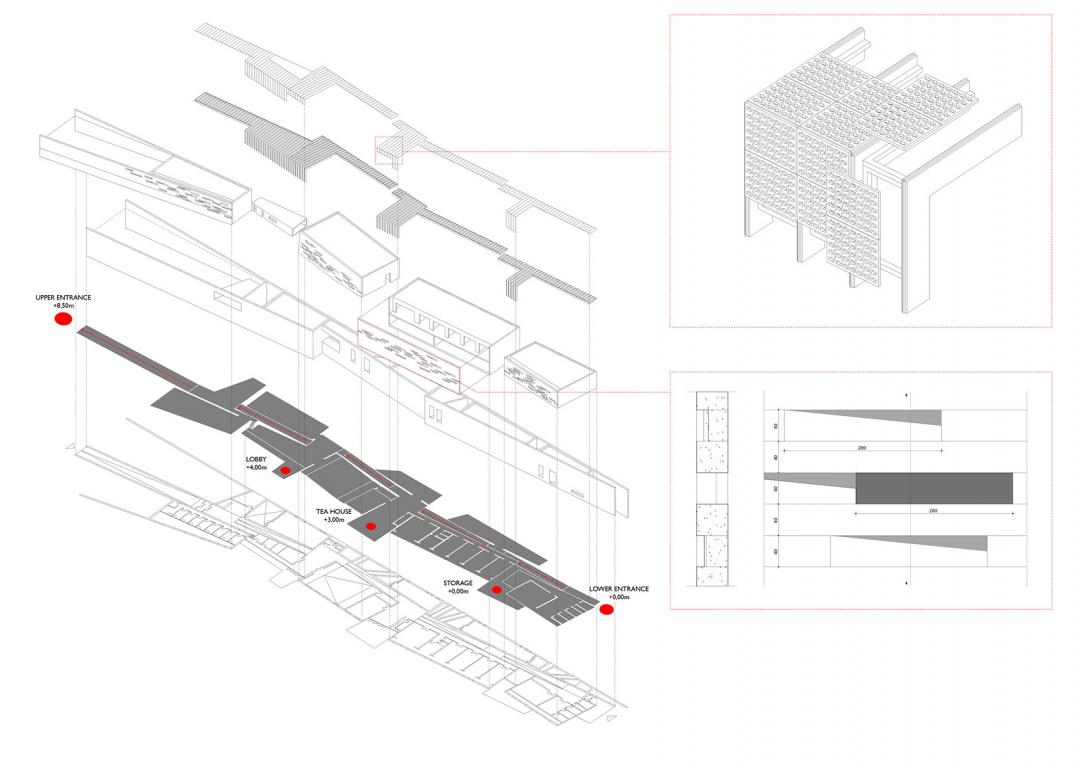 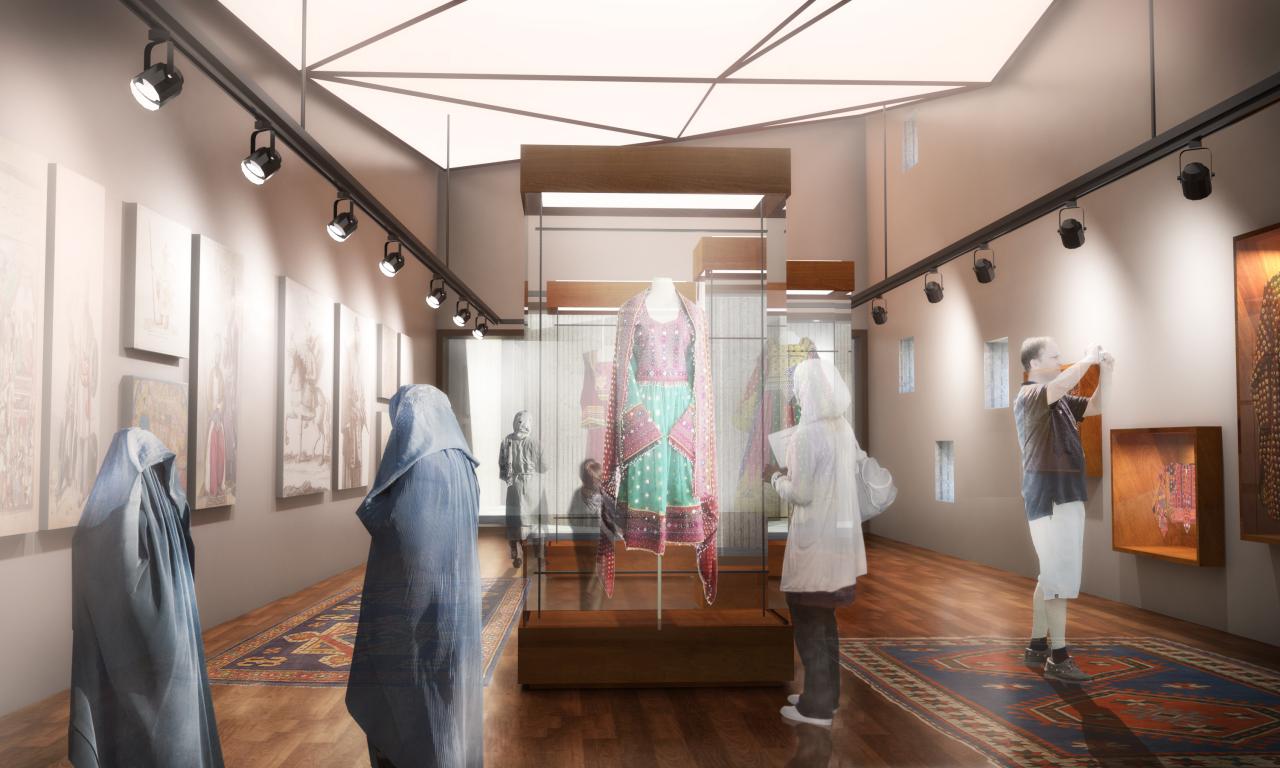