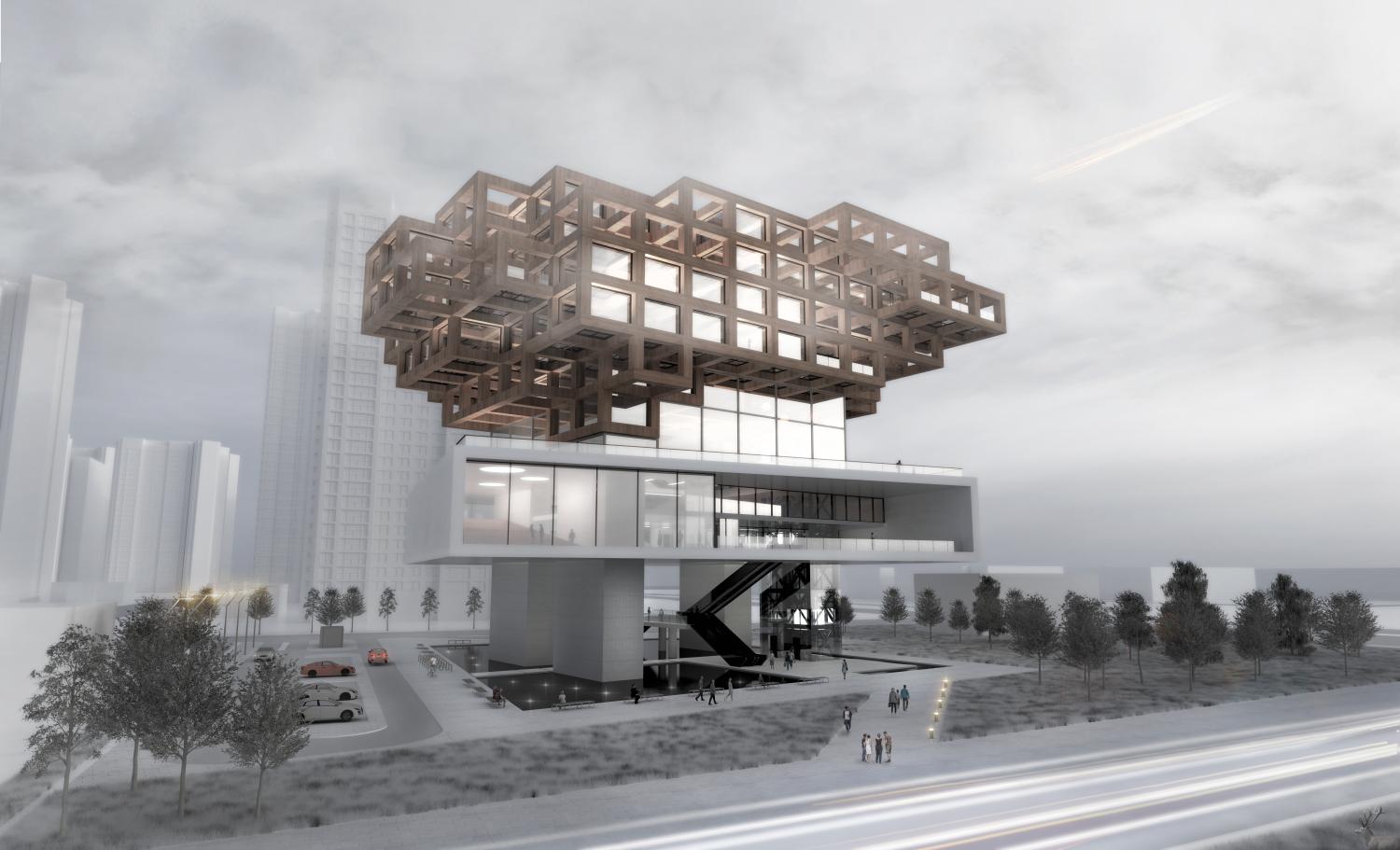 Content and context work together to produce unique architectural artifacts.  In our case, in no other place than a futuristic city of the East, like Songdo, and for no other program than a public library of this sort, could a building like the one we propose here be envisioned.

Born out of the specificity of the city and the site in particular, but built around several theoretical propositions, our proposal for the Songdo Library is robust in its motive and ambitions. A building that accommodates in the most efficient way the needs of the Public Institution, that is the Library of Songdo, but at the same time becomes an exemplary case of an architectural vision, in our case an effort to “resurrect” a Metabolist problem-solving within the frame of a heightened ecological awareness.

The Name, Cloud Ark, announces the first major theoretical reference. The Ark as the case par excellence of a safehouse, in this case for the Book as the archetypal artifact of documenting, preserving and transmitting human knowledge and information. The Book being part, a forerunner, and not standing against the revolution that we come to acknowledge as the Information Revolution.

The Ark is naturally made of Wood, a material of quintessential importance for the Architecture of the East, and also a material of highlighted presence in recent architecture debates when it comes to matters of sustainability. The Ark is then raised high above ground to meet the Cloud - Physical and Technological.

It becomes itself a hybrid, a chimera, the Cloud Ark and, following the cloud, its form becomes non-descriptive, elusive. Less than a form it becomes a gesture - a desire to expand in all directions and connect to the city and the world, the same way information is produced and shared around the world through the digital aether and stored in a remarkable and uncanny way in the digital cloud. The pixelated expression of the building draws a direct analogy to its digital analogue becoming its real-world avatar.

Within this futuristic and simultaneously archaic structure a fractal, borgesian type of space that accommodates people and books is to be found.  The 3dimensional, wooden, grid- like structure serving at the same time purposes of load bearing structure, arrangement of books and space organization recreates in the interior the gesture / desire of a constant outward expansion and to some extent forces its user  at a loss of orientation. All around, unique individual spaces for reading, hanging literally above the city, in the clouds, wait to be explored. 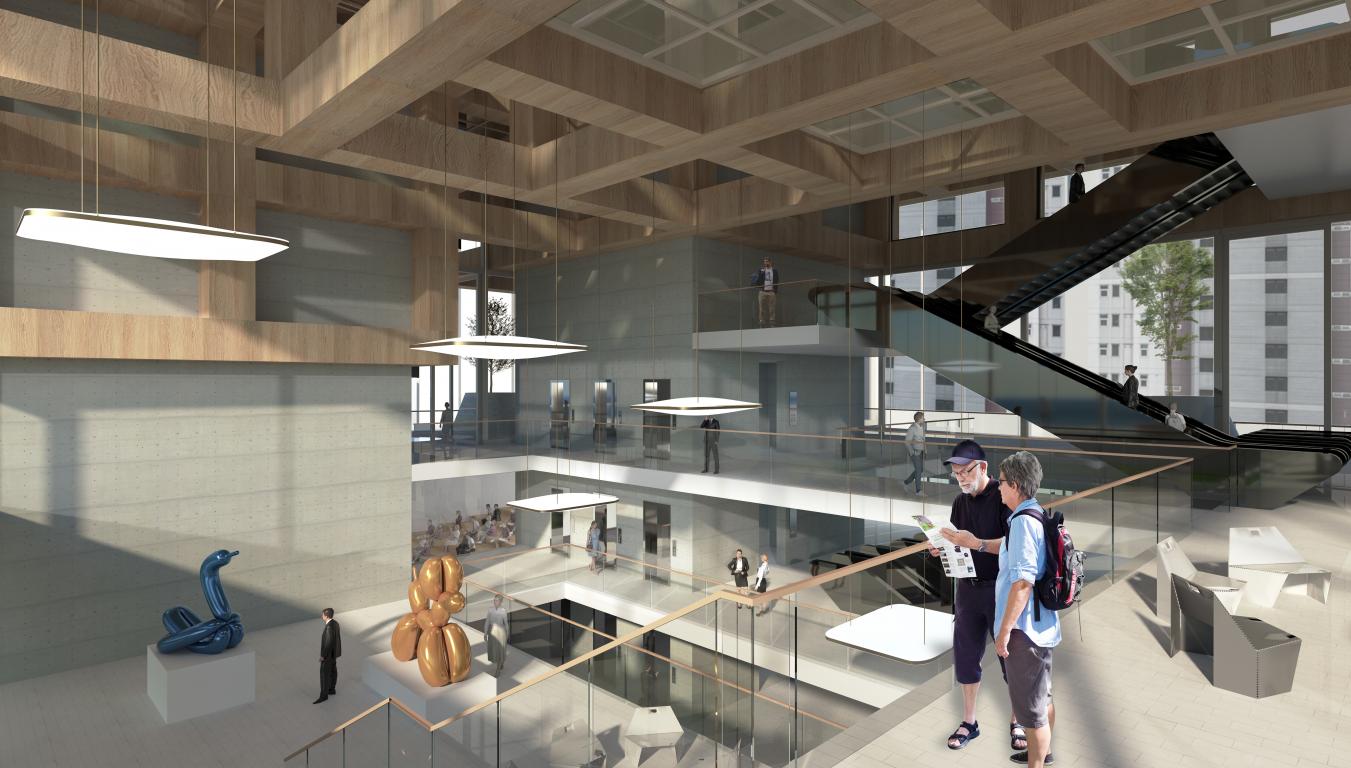 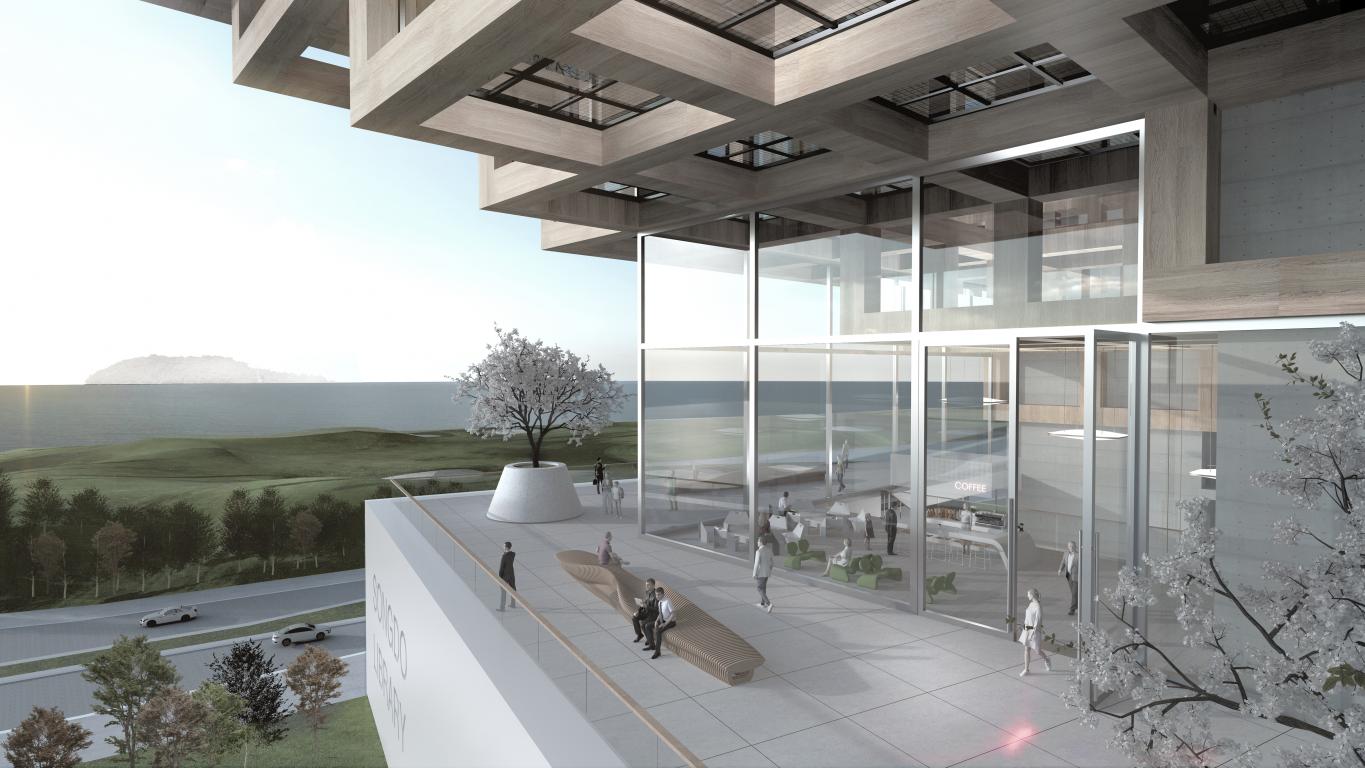 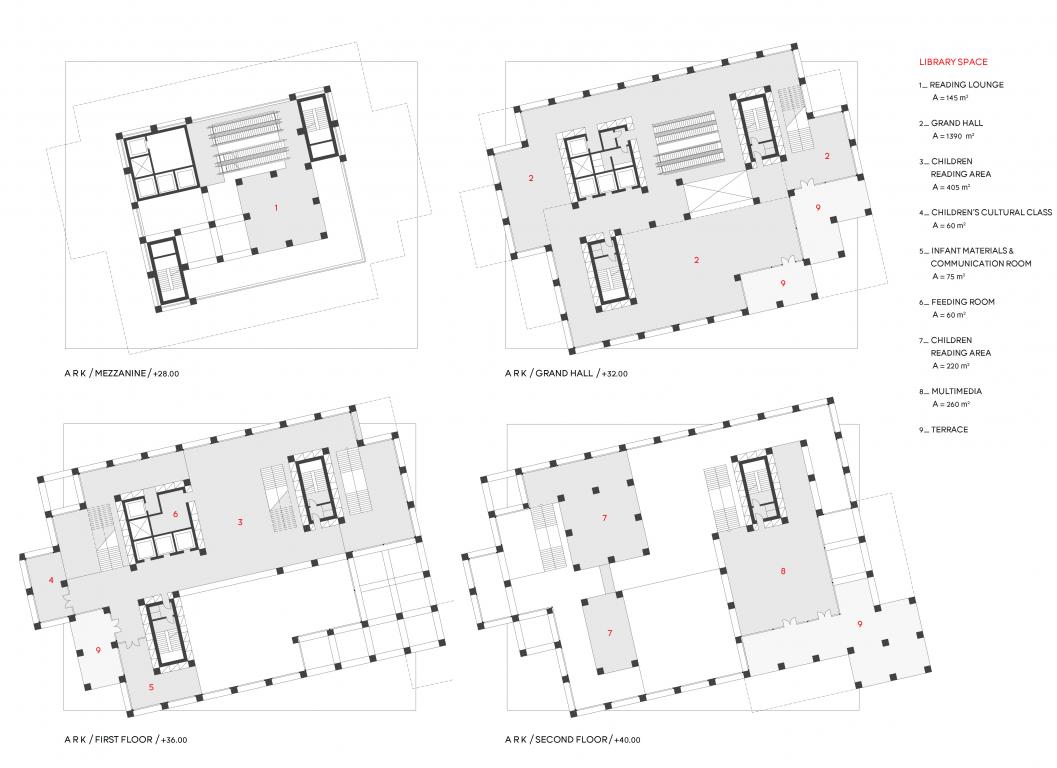 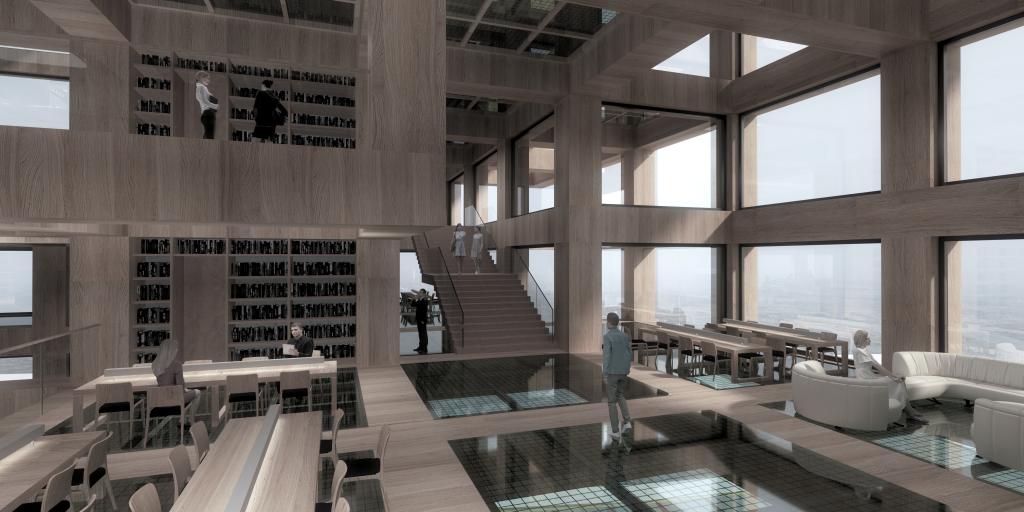 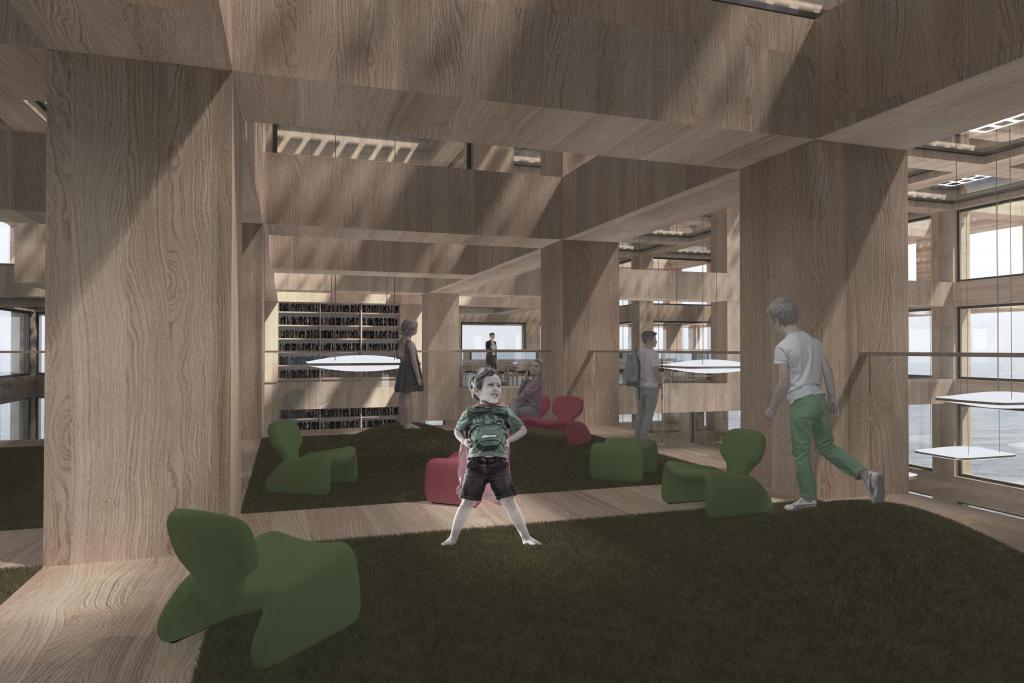