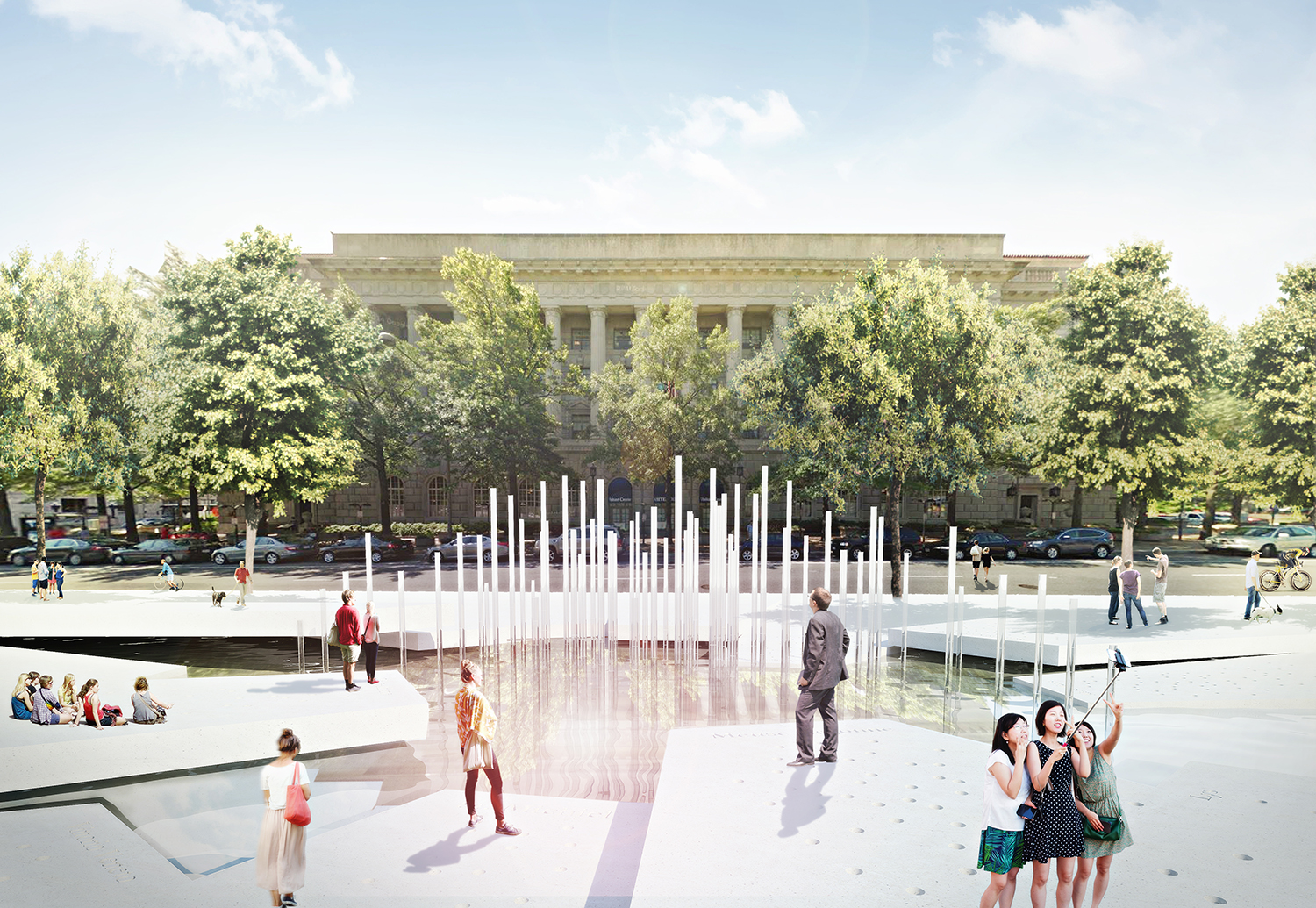 A War Memorial is a commemoration of the courage and the personal sacrifice of all the individuals who, through their loss, have endowed the succeeding generations with the privilege of growing up in a world where the values of liberty and democracy abound. A Monument is a space of subtle recollection, of symbolic resonance, a reminder of History.

Our proposal plays on the idea of Fragility. Paraphrasing the famous May 68’ quote, Sous les pavés, la plage (under the pavement, the beach) , we welcome our visitors to recollect on the fragility of things, the fragility of the surface that what we so amply and commonly refer to as reality. Through the symbolic gesture of a violent fracture, this surface, the surface of Pershing Park, becomes the metaphorical figure-ground of history, in our case of the American presence in the ‘Great War’. The resulting fragments have a direct correspondence to the major War Campaigns of the US Troops in WW1, with each piece being clearly marked on the edge of its surface with the name of a corresponding campaign. The fractured surface recalls the violence of the War, unfolding a “battleground” setting in the middle of the city.

Yet seen from a different perspective the fractured surface turns from a point of rupture to a point of sudden reunification, a reminder of the collective effort that is demanded in times of War, but also, and most importantly, in times of Peace.

At the heart of the WWI Monument site, the proposed Lost Battalion cast glass Installation is illustrative of such collective spirit and nobility. An installation that could work on a temporary basis, calling artists worldwide to redefine the essence of ‘War Gallantry’. Finally, in terms of the urban context, the proposal  puts forth a new centrality with clear centrifugal forces. The  plaza is leveled to the ground, while the J.Pershing Monument is preserved and integrated in the overall layout. 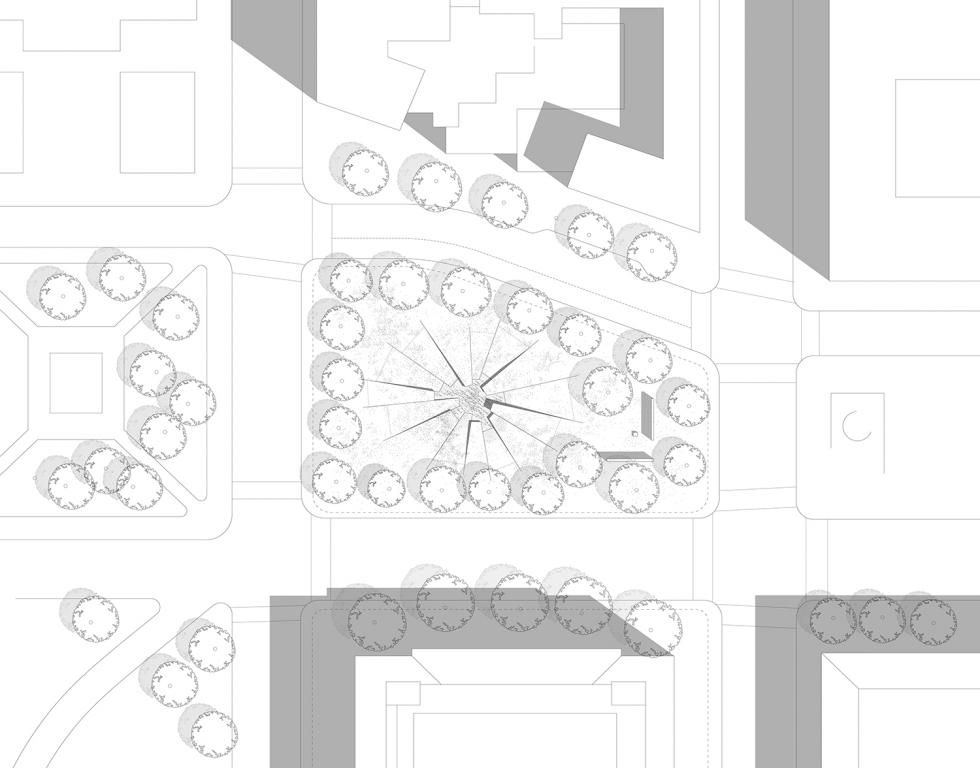 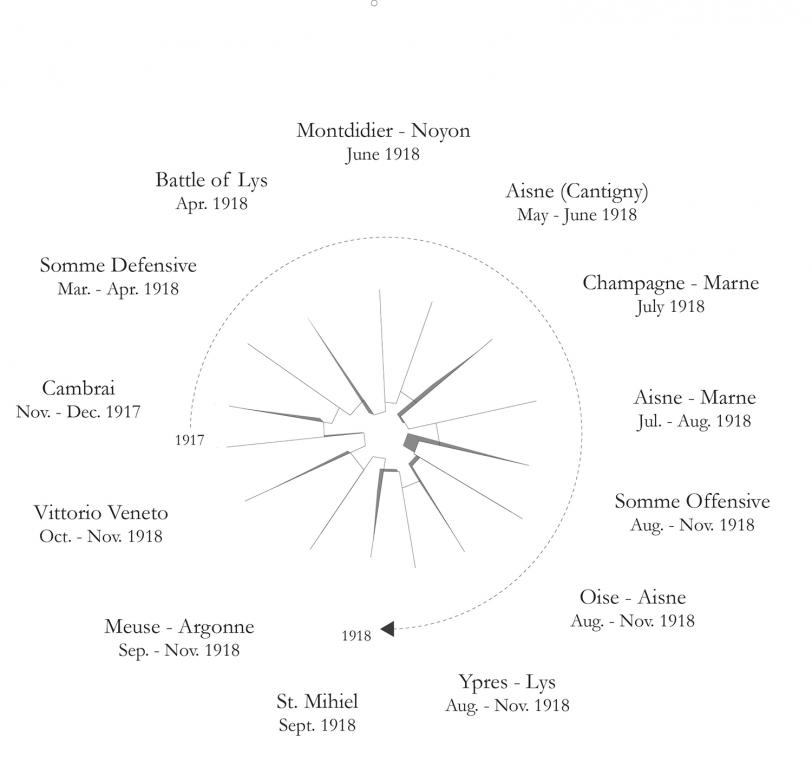 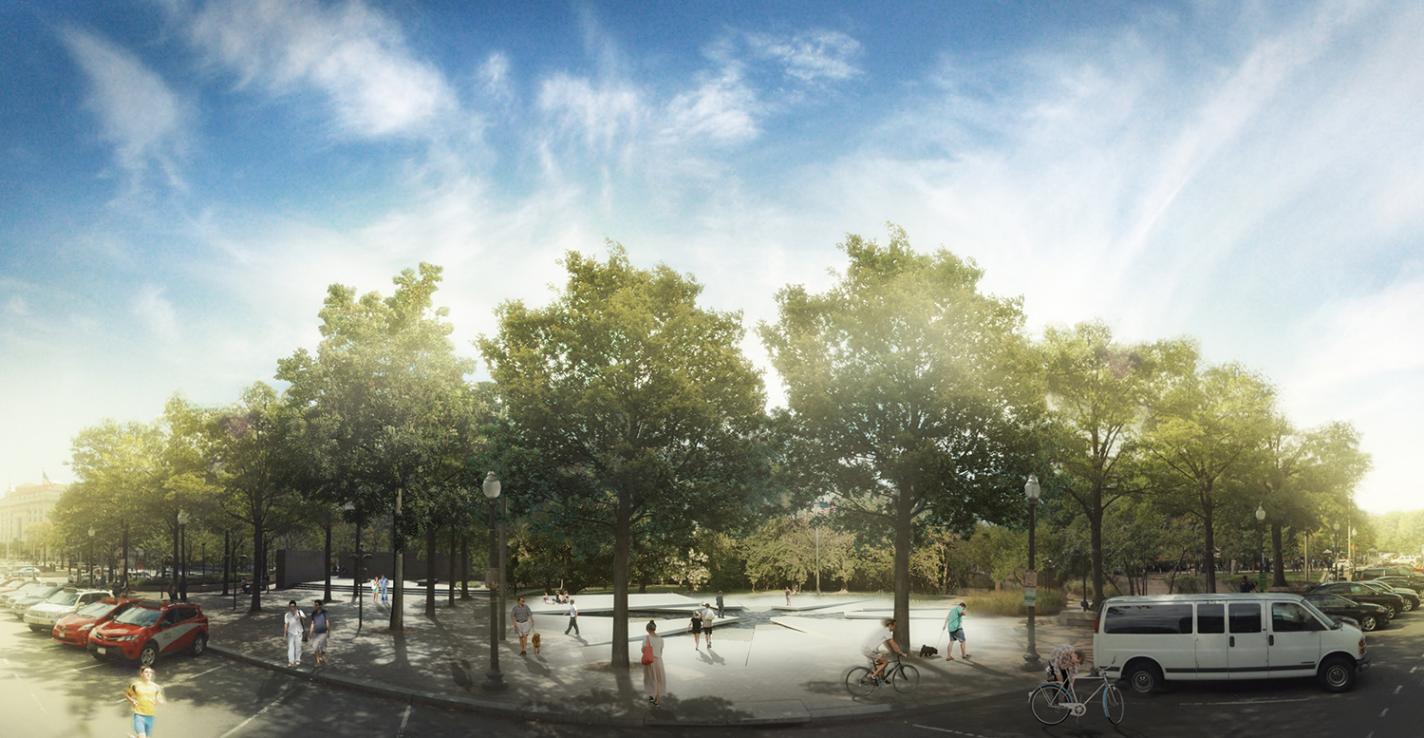